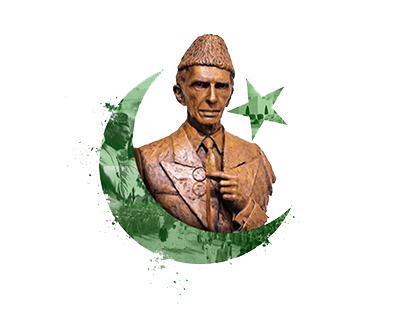 “With faith, discipline and selfless devotion to duty, there is nothing worthwhile that you cannot achieve”

These are the words of our great, leader Quaid-e-Azam Mohammad Ali Jinnah. He was a man of integrity, charisma, honesty, courage and principles. He was a great politician and a brilliant person. He was not only praised and admired by the people of our nation, but also by people from all around the world. His importance in the creation of Pakistan was so monumental that if it weren’t for his hard work and efforts, our beloved country Pakistan as we know it, wouldn’t have existed. He took the dream of a separate nation for Muslims and turned it into a reality. And that is something not many people have been able to do. This proved that he was a remarkable leader. This is why he is called ‘Baba-i-Qaum ‘which means ‘Father of the Nation’.

As citizens of Pakistan, this duty befalls on us that we do our best to follow our Quaid’s principles. We as a nation should work hard so that we live up to the expectations that Quaid had from his people. So today, on his 144th birthday, let us all make a pact that we will make unity, faith, discipline and devotion to our country our motto of living. The vision that Quaid had was more than just a country. Let us restore his values, vision and principles and make Pakistan proud of its nation.